A Marvel in our Midst: Meet the Coolest Hike in Virginia

Get ready for one of the coolest experiences in Virginia, the Crozet Tunnel Greenway. When it opens Saturday, November 21, 2020, visitors to Waynesboro will be able to explore this engineering marvel on foot, and experience the awe of being deep under the Blue Ridge Mountains.

Nearly 20 years in the making, this cave-like tunnel trail has something for everyone – railroad enthusiasts, hikers and bikers, and history buffs. Point-to-point, the trail is just over two miles in length. The tunnel is 4,700 feet long and is shaped like a partial ellipse. Incredibly, it was hand-carved through the mountain more than 150 years ago!

What Makes It Great

The Blue Ridge Tunnel, as it was originally called, stretches nearly a mile underground. When it first opened, in 1858, it was the longest tunnel in the United States and one of the longest in the world! The tunnel was actively used until 1944, when it was replaced with a larger tunnel. Now, more than 75 years later, the tunnel will reopen as a landmark trail through the mountain for hikers and cyclists alike.

The tunnel greenway will incorporate a universal access trail providing access for trail hikers, walkers, bicyclists, and other visitors. (Only the eastern entrance to the trail in Crozet is fully accessible, and is primarily flat.) The tunnel experience will be “au naturel” meaning there are no plans to electrically light the tunnel. It will be dark in the middle, so visitors are encouraged to bring a flashlight or wear a headlamp. The temperature inside the tunnel hovers around 50 degrees year-round. In the summer, the tunnel will feel refreshingly cool and in the winter, welcomingly warm.

Secure hiking or biking necessities (plus a headlamp!) at Rockfish Gap Outfitters and fill a growler with fresh, organic kombucha at Blue Ridge Bucha on your way to the trailhead. Afterward, toast a fun day with a craft beer and appetizers at Basic City Beer Co.

Plan to explore other parts of Waynesboro as an extension of your adventure. Walk or bike the South River Greenway Trail or paddle the Waynesboro Water Trail. Our parks are pleasant year round but make plans to return so you can enjoy all of the benefits of the South River for fishing, tubing, or fun family splashing.

Born of the necessity to efficiently move goods westward, construction for the Blue Ridge Railroad was approved by the Virginia legislature in March 1849. Part of the rail route included a one-mile tunnel through the Blue Ridge Mountains at Rockfish Gap. That tunnel - the Blue Ridge Tunnel - was designed by Claudius Crozet, professor of engineering at the United States Military Academy, three-time Chief Engineer for the Virginia Board of Public Works, and founder of Virginia Military Institute.

Beginning in 1850, the tunnel was dug by hand simultaneously from the east and the west by Irish immigrants and enslaved Black Americans with the intention of meeting in the middle, which they did on December 29, 1856. Shoring up the interior to prohibit falling rocks and slides took an additional 16 months of work. The tunnel opened for rail traffic by April 1858. At its completion, the Blue Ridge Tunnel was the longest tunnel in the United States.

The creation of the Blue Ridge Tunnel and the continuation of railroad tracks to the west connected Richmond to the Ohio River by 1873. For more than 70 years the tunnel allowed easy passage of freight from the east coast westward, but larger locomotives soon deemed the tunnel an insufficient passageway. Just yards away and almost parallel to the Blue Ridge Tunnel, a larger, more accommodating tunnel was carved through the mountain in 1944 and is still in use today.

Plugged with concrete barriers, the Blue Ridge Tunnel was leased by a gas company in the 1950s with the intention of storing propane. When it became evident gas would leak from the tunnel, the storage idea was abandoned, and the tunnel sat empty almost as many years as it was operational. 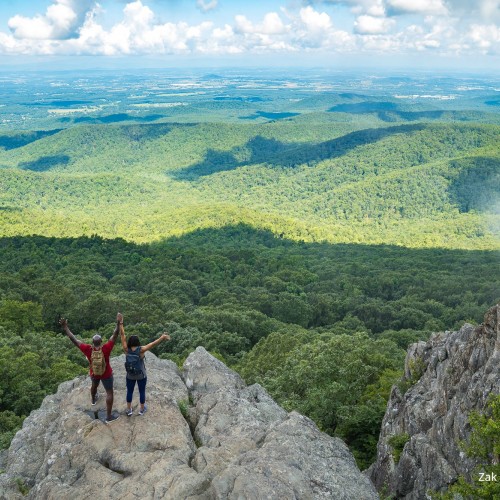 Work Up an Appetite in Waynesboro 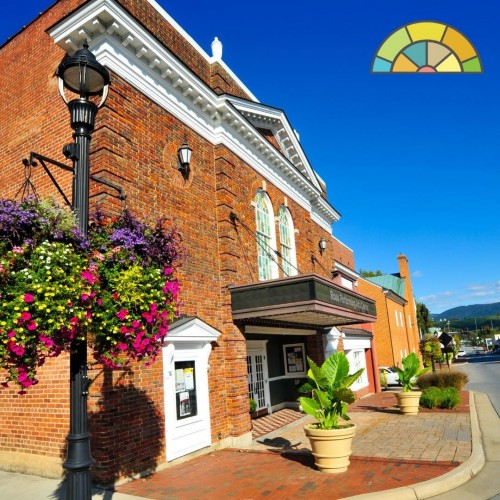 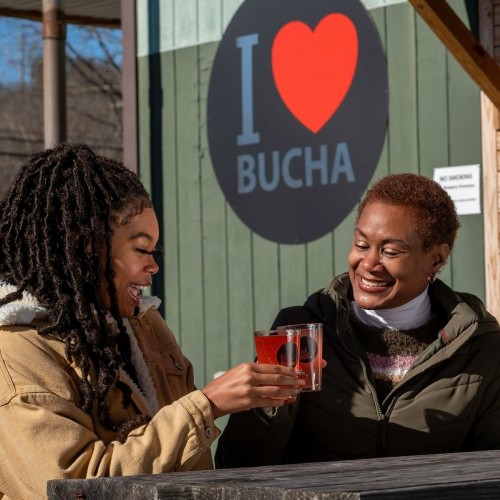