Are you looking for something new to try that combines art, education, brain power, exercise, and fresh air? Check out the street and public art of Waynesboro and the new Traipse adventure designed to explore it. Waynesboro’s play of industrial architecture and pristine mountain backdrop is a study in contrasts, and the city’s mural art adds an additional layer of interest, character, and mystery to the urban downtown. Waynesboro’s Street Arts Trail embraces and explores art both in and out of the gallery!

What’s the difference between street art and graffiti?

Writing and drawing on the walls as expression dates back to the cavemen, but if you’re thinking that street art is the same thing as the tags you see on train cars or in public bathrooms, you’ll be interested to learn that there are big differences. Both appear all over the world, but street art or urban art is commissioned artwork that considers setting, subject, and surface, and is often influenced by political and social issues. Graffiti artists generally create without the property owner’s permission. Street art is image based while graffiti is word based, but sometimes there’s overlap.

Tell Me About the Street Arts Trail

More than a dozen murals of various sizes and subject matters decorate the Waynesboro cityscape, courtesy of the annual Virginia Street Arts Festival. Nils Westergard’s large painting, 100-ft. “Kaiya with Tulips” gazes down from the seven-story brick ice house building. The haunting portrait stands out in views from all over downtown. Westergard’s work also appears in several other public spaces in Waynesboro and in cities around the world. Julia Chon, aka Kimchi Juice, has produced several local works, including “Sun, Moon, and Stars,” which appears on Race Avenue. A folktale her grandparents told her as a child inspired this mural. Another place to see Chon’s work is “Small Blue Ridge,” next to The Wayne Theatre. Several structures like E-N Computers, Basic City Beer Co., and the Bargain Barn building include the work of multiple artists. Check out these sites along the Street Arts Trail for more work by Westergard and Chon as well as Daniel Ross, Rob Fogle, Ethan Donnelly, Carl Medley III, and more.

Traipse is a free app that’s part contactless walking tour and part scavenger hunt. It’s designed to show you around and help you engage with a new location (or teach you new things about somewhere you already know!) Traipse connects people and communities, educates, and promotes the arts and small businesses. The Waynesboro Traipse adventure has 13 stops, and each one challenges the explorer with a fun riddle. Correct answers unlock additional challenges.

How Can I See Street Art Being Created?

Waynesboro is home to the annual VA Street Arts Festival, hosted by the E-N Computers in Waynesboro, and supported by individual donors. This year’s festival will occur on October 11 (noon - 7 p.m.) at the Waynesboro Family YMCA (corner of Arch and Wayne Avenues), and showcase returning artists Nils Westergard and Julia Chon. The festival will also feature food trucks and a beer garden. Attendees can watch dance performances, listen to the live music of The Mighty Good Times, join in socially distanced family art activities and a drum circle, and most importantly, watch the artists in action.

Viewing finished art is wonderful and enriching, but seeing art’s creation is even more eye opening. The festival gives the public access to the artists, and viewers can learn about tools and techniques and really get a sense of the artists’ inspiration, preparation, and process, especially when the art ties intimately to place. Each unique mural project has its own challenges, including accessibility and condition of the surface. Artists use different methods to transfer their designs onto the walls, including stencils, projections, or freehand. They might use ladders, lifts, or poles to access hard-to-reach areas.

So, if you’re looking for a way to enjoy the crisp autumn weather and see some public art, visit the Waynesboro Street Arts trail and the VA Street Arts Festival. 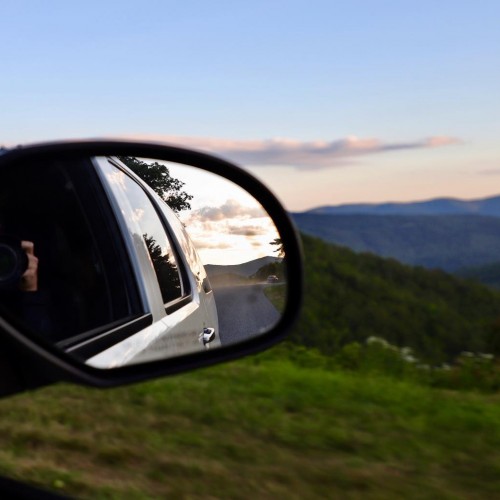 WanderLove Road Trip Along the Blue Ridge Parkway to Waynesboro

WanderLove Road Trip Along the Skyline Drive to Waynesboro 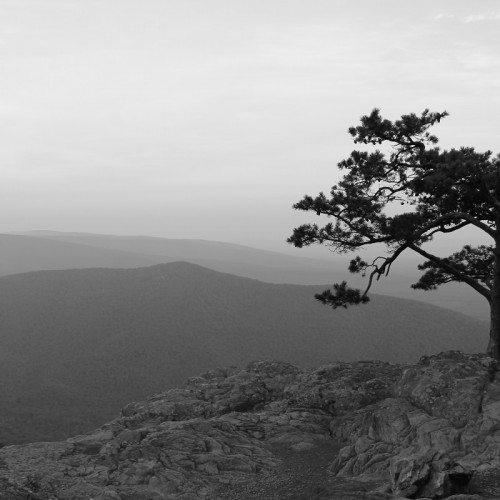