This year marks the 100th anniversary of the ratification of the Eighteenth Amendment of the United States Constitution, the Amendment that launched Prohibition and banned the manufacturing, transportation, and sale of alcohol in the United States.

Prior to Prohibition, however, Waynesboro had already adopted laws banning the sale of alcohol. Such laws were likely the result of the temperance movement that was gaining momentum. Unlike Waynesboro, Basic City to the east side of South River was still wet with alcohol.

The Volstead Act (officially, The National Prohibition Act) was passed by Congress and delivered to the desk of Staunton-born President Woodrow Wilson in October 1919. He vetoed the bill. The Woodrow Wilson Presidential Library shares that Wilson “was a firm believer in progressive action and lawmaking, and was an outspoken supporter of civil liberties. His veto attempt was ultimately informed not by the size of his wine cellar, but by his desire to protect the rights of citizens from improper legislation.”

Both the House and the Senate overruled President Wilson’s veto and by January 1920 the country went dry.

The creation of mountain moonshine and bathtub hooch went into overdrive and the runners transporting it inspired the creation of competitive car racing. Locally, Swannanoa (5 miles, 10 minutes away; open most weekends May-early November for tours) operated as a country club from 1929 to 1932 and is said to have been a key moonshine producer for government officials.

During Prohibition crime spiked as illegal distilling and sales soared. Bootleggers lined their pockets even in the midst of the Great Depression. With the economy being a primary concern, Franklin D. Roosevelt campaigned to repeal Prohibition and was ultimately awarded the presidency. On December 5, 1933 the 21st Amendment was ratified to repeal the 18th and alcohol was once again legal for most of the country.

And Now, a Toast

Prohibition caused folks to get crafty with their beverages as subpar hooch often needed a boost in flavor. The answer was to mix spirits and occasionally toss in bitters, fruit, or other tasty bits to make a palatable alcoholic drink. The Sidecar is one such cocktail birthed out of Prohibition.

There’s debate about the Sidecar’s origin. Was it created in Paris or London and was it in the 1920s or the 1930s? No one seems to know for sure, but what’s not debated is its popularity. According to Liquor.com the Sidecar is a mix of “a little French Cognac, a little Spanish curac?o, and a little American ingenuity into a single, sugar rimmed glass” and it first appeared as a recipe in Harry’s ABC of Mixing Drinks in 1922.

A more clearly attributed Prohibition cocktail is the Boulevardier, a mix of whiskey with vermouth and Campari. It was created by Erskine Gwynne, an American writer living in Paris and was named after the The Boulevardier, a monthly publication he edited. The Boulevardier is referenced in Harry McElhone’s 1927 Barflies and Cocktails, describing it as containing “1/3 Campari, 1/3 Italian Vermouth, 1/3 Bourbon whisky.”

Raise a glass of either of these cocktails at Heritage on Main Street in Waynesboro. Their Sidecar is a mix of brandy and Gran Gala orange liqueur garnished with lemon peel on a sugared rim. Their Boulevardier features bourbon or rye, Campari, and sweet vermouth, just as McElhone recorded the original Boulevardier to have been mixed. Heritage on Main Street offers Happy Hour specials from 3 to 7 p.m.

The Sazerac dates to 1838 and was originally made with a French brandy, but rye whiskey is the more common base for this cocktail since the late 1800s. The Green Leaf Grill in downtown Waynesboro crafts theirs with rye whiskey, B&B liqueur, sweet vermouth, bitters, and absinthe.

Crafting Cocktails on Your Own

Just a short drive from downtown Waynesboro, Silverback Distillery in Afton (12 miles, 17 minutes) is creating liquors suitable for sipping or mixing into a great cocktail. When you visit you’ll be invited to taste not only a straight pour but also a cocktail. Light snacks are available for purchase and a food truck is often on site. Take home a bottle of their Strange Monkey Gin or Blackback “Lucky 13” Rye Whiskey to begin crafting your own cocktails at home.

Blackback “Lucky 13” Rye Whiskey is a gold medal winner “made from hand-selected milled grains, pristine well water and perfectly charred barrels.” Its “Lucky 13” name is a nod to the minimum 13 months it’s aged before release. Give it a try in a Ward Eight.

Finally, take home Virginia moonshine distilled not far from Swannanoa when you pick up a bottle of Route 151 Blackback Moonshine. It comes in at 151 proof, of course.

Basic City stood on its own until being consolidated with Waynesboro in 1923, and many considered the name lost after the merger. Basic City Beer Co. has brought the name back into prominence, crafting beer made with spring-fed water inside their old industrial warehouse-turned brewery and tasting room. Try their Grin’s Casket American Imperial Stout. It’s a beverage that the bootleggers of Prohibition would be proud of, delivering the distinct flavor of rye whiskey thanks to being aged in Silverback Distillery’s rye barrels.

Explore more of Waynesboro and the Shenandoah Valley with your palate. Visit our craft beverage makers for tastings and treat yourself to excellent meals along the way. 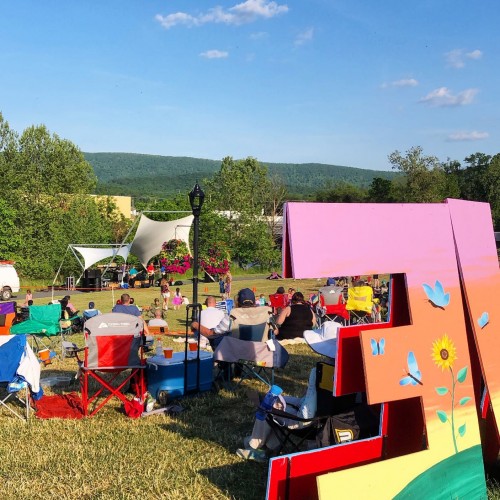 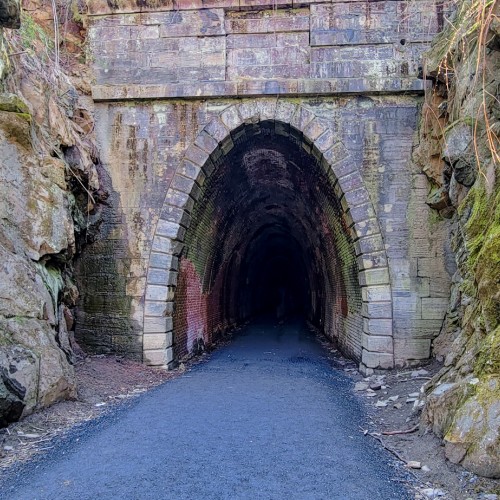 From Waynesboro, VA to the Blue Ridge Tunnel

Get to Know this A.T. Community