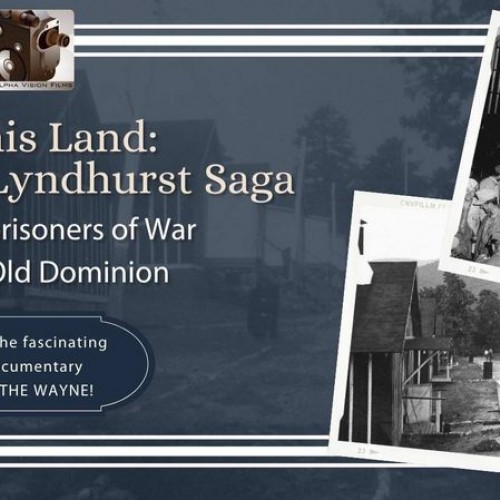 In This Land: The Camp Lyndhurst Saga

Join James Overton (AKA Jimmy O!) for this film and discussion afterwards.
This feature documentary, from independent film group Alpha Vision Films, explores a little known and fascinating chapter in Virginia history. "In This Land: The Camp Lyndhurst Saga. German Prisoners of War in The Old Dominion" features historian and author of "The Longest Patrol", Gregory L. Owen, along with President of The Waynesboro Heritage Foundation, Shirley Bridgeforth. You won't want to miss this incredible story that retraces, and at long last reveals, a compelling story in The Shenandoah Valley.
James Overton is the founder-producer-director-writer of Alpha Vision Films, a film-making group in the Shenandoah Valley. His work has been broadcast on PBS, and "The Camp Lyndhurst Saga" was selected by The Virginia War Memorial. He has produced and directed over 20 films, and is also the founder of The Classic Cinema Club and host of Monday Night at the Movies at The Historic Wayne Theatre/Ross Performing Arts Center in Waynesboro, VA.