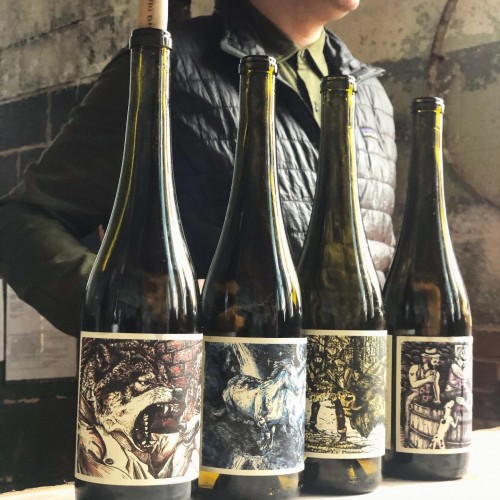 We created Lightwell Survey to explore the state of Virginia's lesser known vineyard locations, feeling that these sites would produce unusual, delicious, and provocative wines. Lightwell eschews the wine trail model, leaving us to focus on sourcing from the state's mountains and mountain valleys. The fruit is grown at high elevations, on stony soils, tended by dedicated farmers. Like the new wave of producers around the world making wine from less heralded locations, Lightwell is out on the fringes, but in a region with considerably less resources and infrastructure than older winegrowing areas. While Californians start up a small project with relative ease: plenty of available fruit, mature custom crush infrastructure, and licensing, it is difficult to do so in Virginia. Though there is little incentive or support for younger producers who want to start buying a bit of fruit here and a bit there, there are a handful of neo-pioneers doing it anyway. Lightwell Survey hopes to help establish a new model for the young and creative class of our industry, so that Virginia's new wave is collaborative, qualitative, and original.